For free quote or industrial filtration consultation call 732-901-6676 or click to fill out our online form.    ✕

What Is Viscosity, And Why Does It Impact Industrial Filtration?

Here at Advanced Filtration, we deal with a variety of industries around the world, and we take care of many different kinds of filter systems–from power generation to biotechnology to pharmaceuticals, and everything in between. What all these disparate industries have in common, in our world, are certain factors in their filters, and one of these is “viscosity.” But what is viscosity, and why is it so important to industrial filtration?

In this article, we’re going to answer those questions.

When discussing viscosity, a poignant image to describe the concept begins with a styrofoam cup. 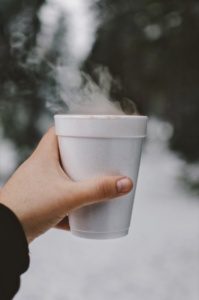 Now–imagine you poke a hole into the bottom of the said styrofoam cup.

Then visualize pouring honey into this hollowed-out cup. You’ll notice that the draining process is incredibly slow. After all, honey has a much larger viscosity than other liquids, such as water, which would drain at a lightning pace by comparison.

On a broad level, viscosity measures a fluid’s flow resistance and a moving fluid’s internal friction.

Fluids with higher viscosities stave off motion since internal friction is derived from their molecular makeup.

Conversely, low-viscosity fluids flow seamlessly since there’s minimal friction in their molecular makeup when in motion.

As far as classifications go, molasses is of high viscosity, gas is of low viscosity, and water is of medium viscosity.

In getting more specific and delving into the nitty-gritty, two typical types of viscosity exist: dynamic and kinematic. Below is a breakdown of the relationship between the two viscosities:

What Is Dynamic Viscosity?

It’s also known as “absolute viscosity.” It is the tangential per-unit force needed to move one horizontal plane respective to another plane at a unit velocity. It does so while separated at a unit distance apart in the fluid.

What Is Kinematic Viscosity?

To work out kinematic viscosity measurements, divide a fluid’s dynamic viscosity by its mass density.

Which Type Of Viscosity Is Most Relevant To Fluid Specifications?

Kinematic viscosity is most relevant when examining a fluid’s viscosity specifications.

The cSt and SUS specifications are taken at two temperatures each: 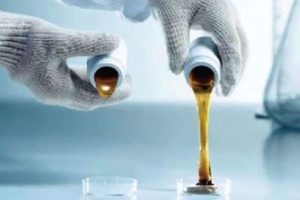 Finding the ideal balance is pivotal in reaching the optimal viscosity range for machine components. Striking this perfect middle point of lubrication is integral to the functionality of your machine.

By failing to monitor and letting viscosity veer away from the recommended ranges, you leave machine components vulnerable to many damaging elements.

In the above instance, the result is similar to when cars don’t get serviced frequently. A reduction of oil film causes a surge in mechanical friction and excessive wear. Thus, the machine will operate in a more rickety, encumbered fashion and lack the lifespan that offers the appropriate return on your equipment investment.

Yet, all the same, you can’t have too much of a good thing. Drowning your machine components in an ocean of overly viscous fluid can cause the following pitfalls:

Additionally, similar to when there’s too little viscosity, you’re lessening the lifespan of your machine. The result? An underwhelming return on your investment.

As we briefly discussed earlier in this section, these factors make monitoring viscosity levels integral to your machine components’ long-term and immediate health. However, these aren’t the only reasons you want to monitor viscosity.

Monitor Viscosity To Ensure Fluid Is Within Spec

As a standard rule, fluid over or under 10% of its original viscosity should be replaced. At this point, the liquid is out of spec.

Tracking and monitoring these ranges can save you money and headaches over the long haul.

Viscosity’s critical role in filtration revolves around how fast a fluid gets forced through a filter to eliminate contaminants.

The theme of balance returns in this particular discussion.

There’s a need to decrease the flow rate being pumped through a filter when there’s an increase in fluid viscosity. Fluids with higher viscosity have increased flow resistance, causing an increased drop in pressure and a reduced filter life.

With that said, how can you neutralize the pressure drop? We suggest choosing a filter with a larger micron size because it offers reduced resistance traveling through the filter.

The two most crucial factors you must consider with your industrial filtration choices are fluid viscosity and temperature.

Only select products that have undergone rigorous testing with multiple filter elements to establish the optimal flow rates for all fluid viscosities. In doing so, you’ll maximize your investment by making informed decisions that extend your filter life.

Reach out to Advanced Filtration or call us at (732) 901-6676 for all of your industrial filter needs–we’re standing by to help you today!

Advanced Filtration's Industrial filtration experts provide you with the information you need to properly select filters for any industrial application or production issue.

Please fill out the form below, call us, or, if you know what you are looking for, request a quote.

Learn more or request a Quote from Advance Filtration
John Woods founded Advanced Filtration in 1993 as a privately owned engineering representative for manufacturers of filtration, separation and heat transfer equipment. With more than 25 years in industrial filtration John offers a level of expertise to every sales consultation.
Call 732-901-6676 or click for an online quote.